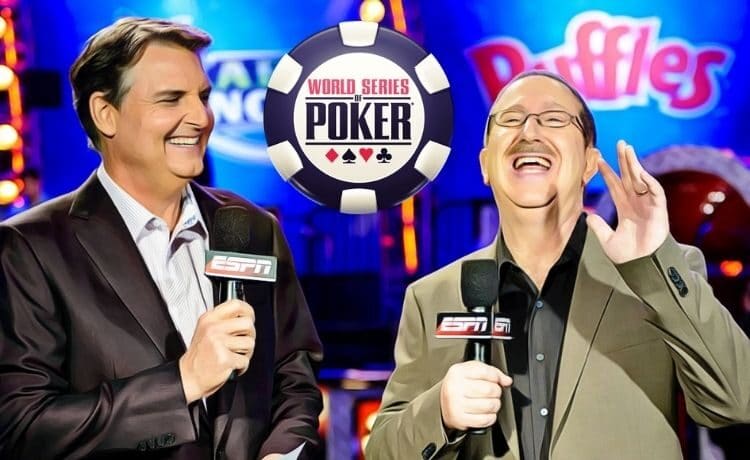 Norman Chad delivered a sense of relief to the poker community by confirming his return as a commentator with McEachern. Chad talked with PokerNews that the duo is returning to the booth to cover W.S.O.P.

C.B.S. Sports Network acquired the right to cover the World Series of Poker event. McEachern and Chad are among the most dynamic staples on T.V. for 18 years. The duo came together in 2003, and the community was speculating about the duo’s return ever since W.S.O.P. announced a shift in cable networks.

Many asked whether the long-term ESPN commentators will switch networks to cover the event. Now, Norman Chad has answered the question with a yes. McEachern was first to join the deal, and now Chad is on board as well.

As per Chad, the World Series of Poker’s new T.V. home will broadcast post-produced edited episodes on the Main Event. The show will feature 16 one-hour episodes similar to what ESPN did for the previous 18 years.

Several network executives have come forward to showcase their optimism about the future of the W.S.O.P. According to Norman Chad, the ongoing poker boom owes immensely to ESPN. The network has run endless series re-airs, delivering a broad exposure to the game—hopefully, the C.B.S. The network fills the role aptly and helps the game stay relevant.

Norman Chad will have a busy month as the commentator plans to participate in the 25K H.O.R.S.E. tournament beginning on 30th September.