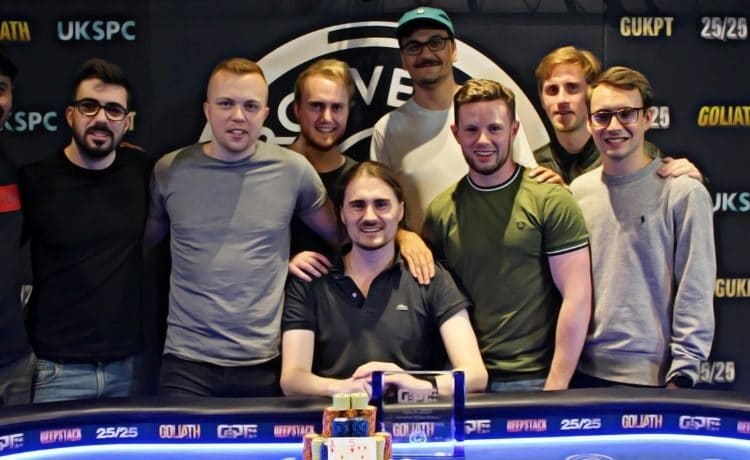 Most Poker enthusiasts wouldn’t even have guessed that Euan McNicholas would be the champion of the 2021 GUKPT. Instead, the player surprised the poker world by defeating 550+ players in the 2021 Grosvenor UK Poker Tour to win 165,800 Pounds.

The Swindon-based player now resides in London and primarily focuses on online cash events. That is why there are not many records of McNicholson’s tournament results. Euan started poker back in university after watching Twitch streams about the game. After the pandemic, the player stayed on and off in the poker arena before turning into a full-time player.

Since Euan was an outside activity instructor, there was no way to earn a living after the pandemic. Therefore, it forced the player towards becoming a full-time professional player.

Mostly playing in online cash games meant Euan could not play enough live tournaments. So Grosvenor UK Poker Tour 2021 became Euan’s first live tournament, which turned out amazingly well. The event started online but moved to live playing after the restrictions were lifted. Euan was placed third at the series’ start, so the player aimed to take down the leaderboard.

Euan played in multiple events like the 560 Pounds buy-in Midi Main Event. The player also participated in the 2,200 Pounds High Roller where Michael Zhang won. However, Euan could not perform well in either event.

The player did not want to leave the facility without scoring any National League points. Thus, Euan entered the 1,350 Pounds Main Event on Day 1A. Euan performed superbly and stacked 121,000 chips to secure sixth place on the first day. After that, Euan boosted the stack to reach 646,000, entering the final day with confidence.

The player believed he was experiencing a good run and had good chances. However, day three did not go as smoothly as expected, and Euan even reached 150,000 chips with 16 players remaining. Euan beat Jack Hardcastle in an all-in pot to maintain a stable chip stack. Finally, before the day was over, Euan defeated the players and won a whopping 165,800 Pounds.

Euan has not thought about striking any deal with any operator. The player currently wants to win the GUKPT London league. With 559.02 points, Euan is currently leading the league closely, followed by Ben Teague with 555.56 points.

Euan thanked his friends who got him into poker, saying that the player owes them. It would not have been possible without their support, and Euan was happy to share the experience. With a 20,000 Pounds sponsorship package awaiting the National Poker League champion, the race to the finish line will certainly be tough.