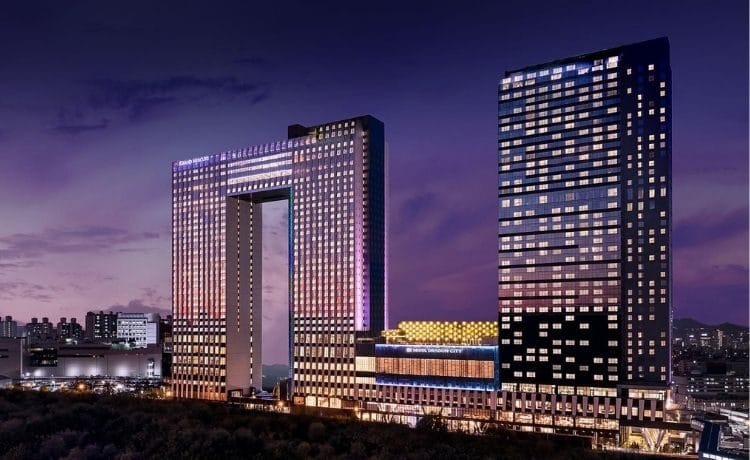 Reports say that the Seoul-listed corporation used an official Tuesday filing to specify that the foreigner-only casino is expected to be transferred before the first day of 2023 and then operate under an immediate lease expiring in August 2032. Seoul Dragon City Hotelplex sits 2.5 miles south of the Millennium Hilton Seoul complex and has four hotels with more than 1,700 rooms each. It is owned by the local hotel, retail, and logistics conglomerate Seobu T&D Company Limited and launched in October of 2017 with four hotels totaling more than 1,700 rooms.

The Most Recent Occupant

Visitors will find over 70 slot machines and around 50 table games at the Grand Korea Leisure Company Limited’s Seven Luck-branded casinos in the 22-story Millennium Hilton Seoul, which has been open for more than 15 years. According to a report in May, City Developments Limited’s Hong Kong office sold a five-star property to Igis Asset Management for roughly $926.5 million, which was previously held by one of the company’s subsidiaries.

Millennium Hilton Seoul’s new owner has revealed intentions to destroy the 680-room hotel to make way for the new business development, GGRAsia reported. It also reported that Grand Korea Leisure Company Limited set out to find a new downtown location for its famed Seoul gambling establishment to preserve its appeal with international tourists.

Timeline for the transfer

The Grand Korea Leisure Company Limited, which was established in 2004, is in charge of the Seven Luck-branded businesses at the Intercontinental Seoul Coex and the Lotte Hotel Busan. The operator, a subsidiary of the Korea Tourism Organization, reportedly stated that it will shut down gaming activities at the Millennium Hilton Seoul by the end of 2022 and move everything to the Seoul Dragon City Hotelplex.

Grand Korea Leisure Company Limited is expected to be relieved by this news since the operator has lately struggled financially as a result of the temporary closure of its properties due to coronavirus. Headquartered in Seoul, this South Korean corporation first claimed to have lost $57.9 million by the end of 2020 before admitting to a loss of $33.4 million in the first three months of 2019.