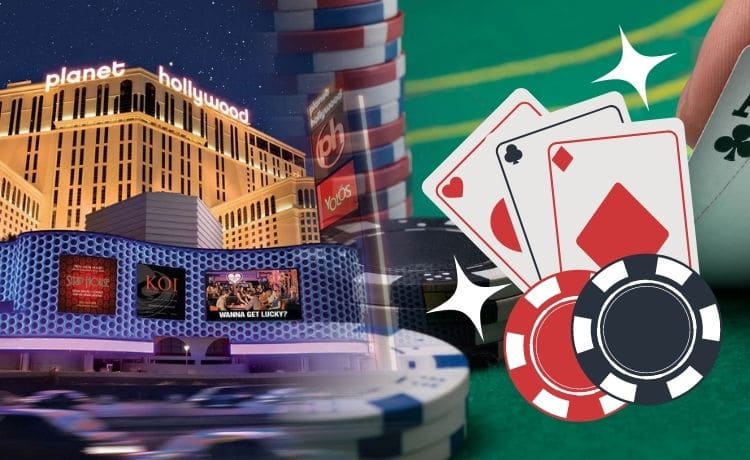 According to reports from the casino’s workers, Planet Hollywood’s poker table will close completely on July 11. If verified, Planet Hollywood will join the ranks of Binion’s, Excalibur, Mirage, and Mandalay Bay on an ever-expanding list of poker rooms that have closed.

Planet Hollywood’s poker room is closing on July 11, according to news sources who discovered this while reporting on the Wynn tournament. The probable shutdown, however, is not addressed on its website, social media accounts, or Caesars Entertainment outlets.

Playing tournaments or cash games at the venue is a better challenge compared to other casinos’ more private poker rooms. There is no physical obstacle separating ten poker tables from the other gaming action because it is positioned adjacent to the “Pleasure Pit.” Some people still love it, whereas others dislike it.

Between May 28 and July 8, 2020, Planet Hollywood was planning to host the GOLIATH series. Those efforts were hampered by the COVID-19 outbreak. As per recent issues and also because the poker room hasn’t posted on social media since October last year. A statement from the official Twitter account of the poker room claimed the GOLIATH would take place later.

“Yeah, I work there,” Chris Mudd said in reply to the tweet. I’m talking about the fact that I used to work there. CLOSED.

The Closure of Planet Hollywood is Part of a Worrisome Trend

The shutdown of Planet Hollywood’s poker room is part of a troubling trend in Las Vegas gaming. During the summer of 2010, there were more than 1,000 poker tables in casinos around Sin City; now, there are fewer than 300.

With the closing of Planet Hollywood, the overall number of poker rooms that have closed in Las Vegas from 2012 has risen to 38. All 38 defunct poker rooms are featured on Vegas Advantage, including 11 that still have to reopen since the Nevada governor’s executive order ordered their shutdown in March last year.